Our company was founded by accident back in 1991 while conducting legal research in a boring law library in Dallas, Texas. Having grown tired and very bored with this profession began searching for a new venture that met certain business qualifications. While in the library picked up a copy of a franchise magazine and paged through. Almost as if being directed, I opened to a particular page and read an article regarding shaving oil and thought it interesting. After completing the research and headed home, the article popped right back into my mind, turned around returning to my office. Picked up the phone and placed a call to what turned out to be a very small company making shaving oil. In short, they sent samples, I liked it and began the process of changing careers. This type of product met all “standards” required: used everyday, replenished regularly, no competition and it worked. 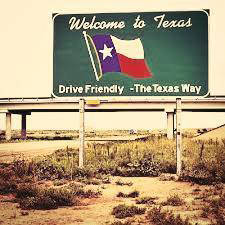 Over the next 3.5 years built nationwide distribution in the natural products business. Went through an attempted merger with the manufacturer in late 1994 which proved to be unworkable. In February, 1995 began a solo project without having a proprietary product to sell. Not a great position to be in. This forced a course of action by locating an individual with vast knowledge of the cosmetics industry who then assisted with developing our first product, “ Shave Deluxe”. In 60 days completed a final formulation, packaging, assurances from distributors and introduced “Shave Deluxe” in Anaheim, California at the largest natural products tradeshow in the world. We were well received.

In 1996 began developing a mass market shaving oil which resulted in our most popular brand known world wide as ”Shave Secret” shaving oil. “Shave Secret” was introduced and began modest distribution in 1997 in Texas. Grinding ahead through the years has resulted in our building a respectable business all across our great nation, America. None of this would be possible without having a superb product, great customer service, solid promotion, fair prices and most important, our very loyal customers.

As a company we continue to try and expand both our domestic and international markets. In 2012 secured a distribution agreement with a very well qualified and distinguished Englishman to develop both the United Kingdom and European continent now known as the European Union. As this is being written, agreements are being considered for Africa, Latin America and Southeast Asia to include Australia and New Zealand.

USA King’s Crossing, LLC is a small privately held company located in the small south Texas town of Cuero, the home of the very first cattle drive in America: The Chisholm Trail.

We appreciate your support and thank you for supporting this fine American made product.

HAVE A GREAT SHAVE!